Death is the New Black – Part 2 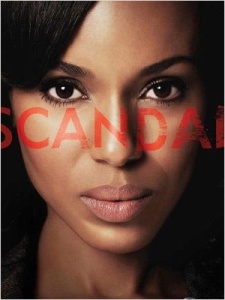 I think all of my fellow Gladiators were both shocked and saddened by Jake killing James Novak. Personally, I felt that David was more of a threat to the republic than James because he’s relentless and determined to uncover the veil of political cover-ups. James was merely giving empty threats at the end of the day. Nevertheless, the episode was a testament to Cyrus and James’ whirlwind relationship.

James was the missing element in Cyrus’s life and he ultimately made Cyrus accept his true self. In the beginning of their courtship James was the aggressor and I loved how they showed the progression of Cyrus’ walls breaking down with each encounter. For example, Cyrus shaved his beard after James made a negative comment about it. On the surface it seems like an insignificant gesture, but that was a huge step for a guarded person like Cyrus.

It was nice to see a more vulnerable side of Cyrus since he always carries himself like a powerhouse alpha male. James forced Cyrus to stop lying to himself and start embracing his truth. I’m sure coming out is difficult for everyone, but being a gay man in the Republican party would probably seem like professional suicide. The scene where Cyrus finally concedes to make his relationship public by dancing with James at the ball was so beautiful because it was the final step in making their relationship official. It also showed James that he was no longer Cyrus’ dirty little secret.

When Cyrus succumbed to his grief at the press conference, my heart sank because it was so beautifully acted and genuinely profound. The viewer could visually see in that moment that Cyrus had finally comes to terms with the fact that the love of his life is gone and it’s all his fault. The guilt/agony was written all over his face.  His ambition for power ultimately wasn’t worth sacrificing his relationship.  It will be interesting to see how Cyrus unravels now that his anchor and emotional tether is gone.

The episode culminates with the Jake staying with James as his life slipped away. This was another poignant scene because it showed that Jake wasn’t a complete monster and there is some good left inside him. I don’t think anyone would want to die alone. I appreciated the sincerity of the dialogue between the two because it encapsulated all the things that probably go through ones mind during their last moments on earth.

The only silver lining to James death is that it fueled the fire for Olivia and David to take overthrow B613. I’m going to miss the positive energy that James character brought to the show. I definitely believe they gave him a deservingly honorable death.